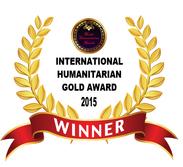 In 2012 To 2016 Paul did Holiday Snaps, West Moors Drama Society This he (Co-Dir/Produced) With his writing Partner Jane Hilliard they wrote and produced many projects both short and Long for stage and screen alike.  Having had 2 plays Published "The Finish Line" Written Performed & Published 2012 to coincide with the Uk Olympics. And Play Safe Written in 2015 and performed in November of that year. it was published in mid July 2016.  Paul Wrote a script Premise for a film entitled "Learning Circle" This he wrote and executive Producer as well as Producer and was lead-actor for his acting he received "the gold award of merit" it was a shade less than 9 minutes.  For this the film won 8 Awards inc a Humanitarian Award for Paul.  He has planned for the rest of 2016 & 2017 several projects inc another Short film entitled 'Minnows" set in a ladies Tea room.  Also he plans to Stage "Tears of a Clown" and "Just Pretend" The first is a 2 hour play about a comedian with a cocaine addiction and his forever 'downward spiraling brittle existence' of a life.  The Latter "Just Pretend" Is a story of a man trapped in his tormented mind and crippled body of sibling rivalry and a love that exists in memory only. 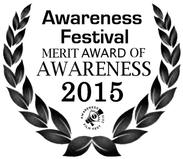 Paul Rudelhoff possesses those rare qualities we find in but a few individuals.

Paul trained at Green Leaf School of Drama whilst working as a professional standup comedian 1984/88 performing in various productions including Tybalt in Romeo & Juliet, Bernardo in West Side Story, Macbeth in Macbeth, Danny in grease Frank “n” Furter in the rocky horror picture show. To earn his equity status, Paul tried comedy, and as a gifted comedian toured first solo, then as part of a double act called “Cotton & Grant” appearing under the name of Paul Grant. Paul also toured as a solo act appearing as a comedian on the “Les Dawson show” in 1990 after he worked successfully as, comedian and compare incorporating touring the club circuit.

Paul was offered the role of “Len” in the Bootleg Theatre Company's production of “Clubland” at the Salisbury playhouse, spring 2001. Paul has also taken joint lead role in the theatre company's production of “cool blokes-decent suits” performed in Salisbury & London in 2002. And he saw the year out with his next film role as Brian the Mechanic in Stephen Fry's Bright Young Things.

2003 found Paul in the midst of two personal projects he had been slowly formulating for a few years. He decided to focus more on building the projects “Tears of a Clown” and “Bet on It” (working titles) and did the occasional advertising jobs like Victim, Accidents In Workplace , Reader's Digest. 2004 Brought more television work in the guise of a guest shows devil's advocate for Ben TV and a magazine Commercial for Toshiba. Paul also played the role of David in Sean Mathias's screen adaptation of Martin Sherman's Bent staring Clive Owen, Lothaire Bluteau and Sir Ian McKellen for Channel 4 Films. 2005 Paul returned to developing his two project yet found himself more and more drawn into re-developing his standup act as he came to realize how much he was missing the comedy circuit.

2008 came as a surprise as Paul found himself being asked to recall his life on Tracks of Our Lives hosted by Sharon Muiruri for Hope FM. The voice over work continued with a commercial for Fitness First. And the suprises kept on coming Paul found himself working with old friends once more, the Wildfire Team approached Paul for a commercial the Funeral Ceremony and Colin Burden Invited him to play the role of the Boss in the film When the Lights Go Down, Burlomars Production. Venturing into new ground with new talent Paul agreed to be in a Student Film Redemption where he plays the part of a practical jock playing Priest Father Edmond alongside Julian Pindar.